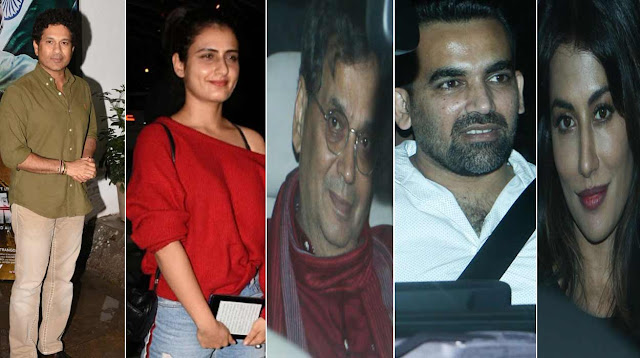 Sandeep Singh biopic soorma: After Sanjay Dutt's biopic 'Sanju' again Bollywood come with another biopic on legendary hockey player Sandeep Singh. Soorma Movie will be hit the screen tomorrow. Soorma full movie based on the life of Hockey player Sandeep Singh. This movie is going to be released tomorrow i.e 13th July. Sandeep Singh's character is played by famous actor Punjab Diljit Dosanjh. In this movie, with Diljit we will also be seen Taapsee Pannu as the leading lady in the movie. The story begins with Sandeep's childhood and tells the journey until his hockey legend is formed. The Tagline of the movie is “The Greatest Comeback Story of the Hockey Legend Sandeep Singh”. The film was specially screened on Wednesday in Mumbai. In this, Master Blaster Sachin Tendulkar and former India fast bowler Zaheer Khan also joined.

World's Best Drag Flicker Sandeep Singh:  Sandeep is considered to be one of the best drag-flickers in the world. Their drag speed is 145 km/hr. Due to his superb speed, he is also known as 'Flickr Singh'. Due to Sandeep's reputation, the Indian hockey team has turned the ball too many penalty corner too many times into the goal.
Soorma Movie Synopsis; Sandeep Singh was shot in the train while going to Delhi in 2006. Because of which he has been deprived of hockey for nearly two years. It was then understood that his career is now over. But Sandeep did not give up. Tried hard to prepare himself again and returned to the team. He fights against all the odds, Sandeep got back on his feet and made a comeback to international hockey in 2008. India won the 2009 Sultan Azlan Shah Cup under his captaincy and went on to qualify for the 2012 Olympics.

So are you excited for the movie? What’s you think about it? Must share your views with us. And visit here to find Soorma Movie budget and Box Office.
Soorma Box Office Collection Soorma Budget Soorma movie Soorma Movie Cast