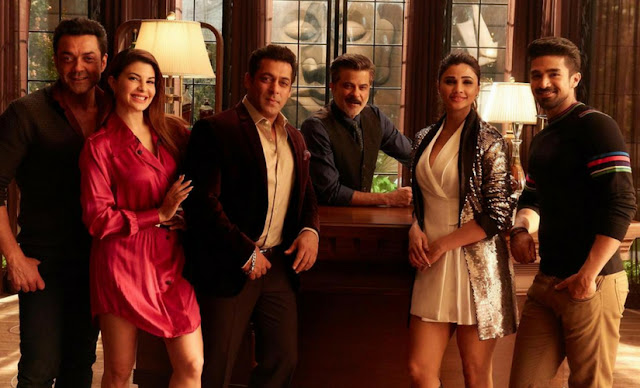 Salman Khan's film Race 3, released on Eid, has made a good grip on the box office. 4 days have passed since Salman Khan's 'Race 3' was released. Advance booking of movie tickets is going on worldwide. The film is getting to see the latest craze among the audience. Race 3 continuously grows well at box office.

Salman Khan, Anil Kapoor, Jacqueline Fernandez, Daisy Shah and Bobby Deol's 'Race 3' have done business in the first weekend at the Indian box office at Rs 106.47 crores. This way, Race 3 movie has become the fourth movie of Salman Khan, which has already got Rs 100 crores in the weekend. If we talk about Race 3 box office collections it crosses 200 cr. Worldwide. With this movie, Salman Khan proves that he is the king of the box office. His stardom makes his entire movie highest grossing ever movies. And also it proves how loyal Bhaijaan's fans are.

'Race 3' is a story of a family and it is all over Salman Khan. Although the story of the film is quite weak, there is nothing special on the acting front too, music does not even fall in the heart but the film's life is an act of Anil Kapoor.