“Parmanu: The Story of Pokhran” Full movie story and Review

The film based on the 1998 Pokhran Atomic Test and received positive feedback from critics. The film has tried to show the story behind this test. Director Abhishek Sharma has been successful in many ways to show this story. However, many unnecessary dialogues make the story a little weaker.   In the film, John Abraham is in the role of Ashwat Rana, a patriot IAS officer.

Ashwat's father was in the army and he tried very hard to convince the Indian government to conduct a nuclear test. However, in front of the system, he is defeated and defeated. During this time there are many upheavals in his life and he starts his new life with his family members. Ashwat (John Abraham) 's life changes when the government of India asks to work on their nuclear test idea. John chooses his best team, which also includes Ambala (Diana Penty) and Mission Pokhran starts. 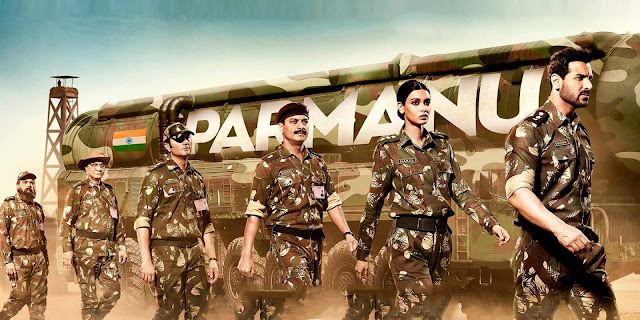 This new release Bollywood movie has also used much real footwear of the Nuclear Test. It has used real footage of leaders like former Prime Minister Atal Bihari Vajpayee, former US President Bill Clinton, and Benazir Bhutto. Apart from this, the 90s serial has been used so that the film can connect to that time. The most important thing in the film is its beating Climax. At the same time, John Abraham's speech in the film will give you a reminder of the 70-minute speech of Shahrukh Khan in Chak De India.

If we talk about the acting then this film is important for John Abraham and Diana Penty's drowning career. In this film, John has tried to give his acting best. However, due to the limited limitation of the character, John could not openly act in his acting. Boman Irani has done complete justice with her role. Talking about other characters, everyone has also made a mark in their limited role.

John Abraham has made films before such great subjects like Vicky Donor and Madras Cafe. At the Madras Cafe, John made a film on the subject of history, which no filmmaker had thought. At the same time, the film will also get the complete dose of patriotism. If you want to know those untold events that turn good Subject and History, then you will love this movie.

Visit here to find about Parmanu: The Story of Pokhran movie details.